Honda Motor Co., Ltd. announced its line-up of production and concept models as well as other highlights for its exhibit at the 44th Tokyo Motor Show 2015.

Using its global brand slogan – The Power of Dreams – as the booth concept, Honda will exhibit a broad range of items including innovative mobility products that are useful in people’s daily lives as well as a line-up of mobility products topped by racing machines that pursue excellence in driving and riding performance.

Included among the exhibits are a number of innovative motorcycle concept models: 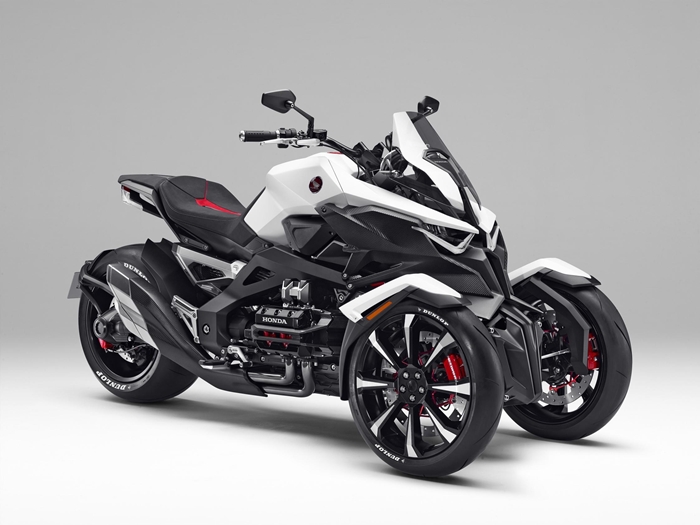 NEOWING: NEOWING is an unprecedented three-wheeled vehicle that offers the cornering feel and sporty ride of a large-sized motorcycle while realising excellent stability at low speeds. This vehicle is equipped with a hybrid system that combines a horizontally-opposed 4-cylinder engine and electric motors to generate plentiful torque for powerful acceleration. With the adoption of an original Honda linkage mechanism on its front wheel, this concept model proposes new values with advanced styling that emphasises the mechanical fascination of a two-wheeled motorcycle model. 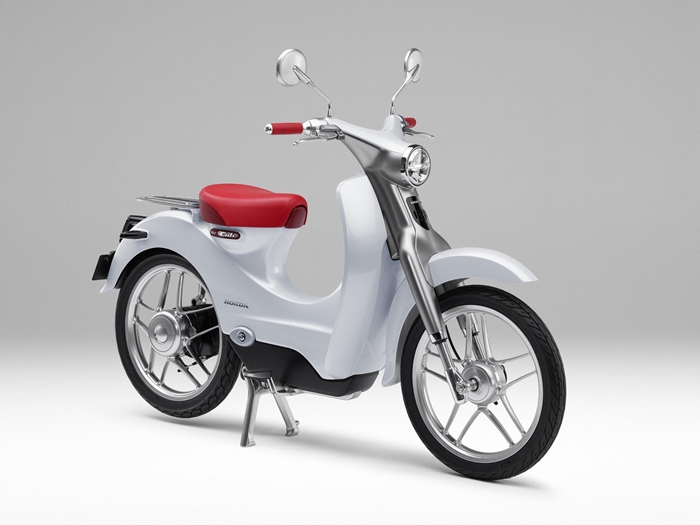 EV-Cub Concept: A personal commuter model for short-distance commuting that follows the concept of an “easy-to-handle and economical motorcycle” that Honda has been pursuing since the creation of the first-generation Super Cub. Placing the battery, a heavy component, at a low position in the middle of the body, allows easy mounting and dismounting. Moreover, ease-of-handling was pursued through concentration of  mass and lowering of the centre of gravity. In consideration of ease-of-use in a broader range of environments, the battery itself was made detachable, and rechargeable using a standard home wall socket.